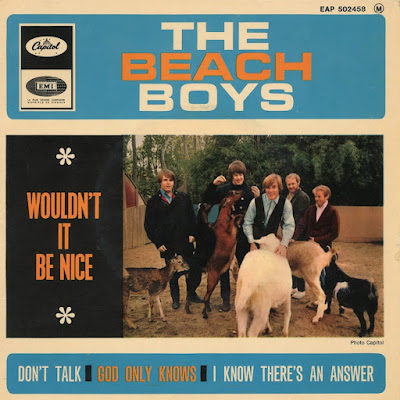 We hear the #1 song in our Top 5 Favorite Songs Of The Beach Boys Countdown as voted on by YOU!  It was a tight race and over 50 songs were submitted as your favorites.  We also hear a deep track by The Beach Boys from Beth Riley in her Surf's Up: Beth's Beach Boys Break and a tune from their latest Feel Flows boxset later on the show as well.  We've got a trio of tunes from artists/bands with a color in their name (Junior Brown, The Green Reflectors and Blue Stingrays) as well as rockers from Surfer Joe, Los Twang Marvels, Greg Townson, The Surfaris, Jason Lee & The R.I.P.Tides, Shoot The Pier, The Explorers Club, Jason Janik, Slacktone, The Rip Chords and Blackball Bandits!!
Hear episode HERE:
Also, check out my personal Top 5 favorite songs by The Beach Boys below too!
Intro music bed: "Catch A Wave"- The Beach Boys
Jason Janik- "Light'em Up"
The Explorers Club- "Say You Will"
Blackball Bandits- "Night Rider"
The Rip Chords- "Surfin' Craze"
*Spongebob snippet
Greg Townson- "Aztec" (feat. Yolanda Marvel)
"Color" theme artist/band:
Blue Stingrays- "Green Sea"
Junior Brown- "Rock-A-Hula Baby"
The Green Reflectors- "Crypt Kicker"
Surf's Up: Beth's Beach Boys Break:
The Beach Boys- "Pitter Patter"
Follow "Surf's Up: Beth's Beach Boys Break" HERE
Slacktone- "Blast Bolero"
Surfer Joe- "Coil Burner"
Jason Lee & The R.I.P.Tides- "Pain Killer"
Shoot The Pier- "Hallucinations"
Top 5 countdown of YOUR favorite songs by The Beach Boys:
#1 The Beach Boys- "Wouldn't It Be Nice"
The Surfaris- "I Wanna Take A Trip To The Islands"
Jammin' James Jukebox selection of the week:
Legendary Masked Surfers- "Gonna Hustle You"
Los Twang Marvels- "Guitars In Orbit"
The Beach Boys- "Seasons In The Sun"
Outro Music Bed:  Eddie Angel- "Deuces Wild"

Jammin' James Riley's personal Top 5 Favorite songs by The Beach Boys:
#5.  "I Get Around"
While this song exploded out the radio when it was released in 1963, it still holds up today!  This showed a huge growth in Brian's production and the harmonies are amazing!
#4.  "God Only Knows"
This one still gives me chills with Carl's amazing lead vocals along with Brian and Bruce at the end of the song.  The production is perfect.  Easy to see why it's also Sir Paul McCartney's favorite too!
#3.  "Wouldn't It Be Nice"
This song ushered in a new level of intricate vocals and instrumentation for the band.  I never grow tired of this song.  It's my wife Beth's (from her "Surf's Up: Beth's Beach Boys Break" segment on here and her own awesome show "Boppin' With Beth") favorite from the group.  She recorded an intro talking about this song and sent it to SiriusXM when they were running The Beach Boys channel this summer and we actually heard it on the station...as we were driving to see them in concert this summer!!  It was Beth's first time seeing them and we were about to turn into the venue to go park when her intro came on the air!  Such a great memory to such a great song!
Also, check out this beautiful new version of "Wouldn't It Be Nice" from Brian Wilson's new release, At My Piano!
#2.  "Getcha Back"
You may be surprised by this addition to the top 5 but I've always loved this one.  It was the summer of 1985 and I was about to be a Junior in high school.  I had been a fan of the band since I was a little kid so it was exciting to hear them return and have a decent hit with this one.  I spent all previous years of being a fan of earlier material so even when new projects were released I was still busy trying to find everything I could of them to dig into.  This was the first NEW release I remember buying as soon as it came out and immersing myself into it.  I still smile whenever I hear it!
#1.  "Do It Again"
In all honesty, any of these songs could be #1 favorite at any given time.  However, this one is always near the top if not #1.  I've always loved the effect on the drum intro and they've long opened their shows with this one.  If anyone needs me, I'm going to blaring this one for a while!!
Posted by Catching A Wave at 10:30:00 PM 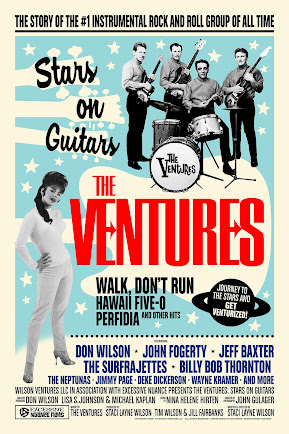